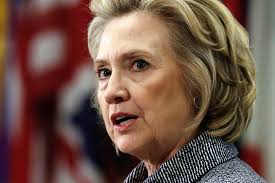 Today at a 911 ceremony, Mrs. Clinton was overwhelmed by the heat according to news reports and left early. Last week Clinton coughed on stage for over 5 minutes straight unable to speak at a labor day rally and has had a host of public displays of illness that recently had over 79% of Doctors polled concerned about her health. The latest episode is sure to spark a renewed push for her to release her medical records. Is today the end of her campaign as this confirms her health is an issue?