WHY IT MATTERS WHEN FREEDOM DIES OVERSEAS

WHY IT MATTERS WHEN FREEDOM DIES OVERSEAS 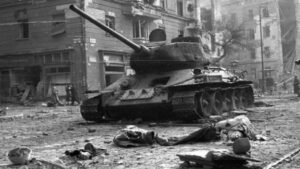 In 1956 the Soviet Union rolled their tanks over peaceful protectors in Hungary. Following the gruesome violence, millions of Europeans fled the continent for the land of the free, for America. The U.S. fought the communists throughout the world for the next 40 years, costing millions their lives, all to stop the domino effect.

Too many Americans today wrongly feel we should not help folks around the world fight oppressive governments. They say it’s none of our business. So, as we watch our once free ally, Australia, turn into a CV19 prison colony, we now have one less ally in the world. We also have one less place in the world to flee to as tyranny America rages. Millions of Americans are watching with great horror and fear as our country rapidly turns down the path of communism and are seriously looking around the world for a free and secure place to flee to.

So its ironic that one of the flew free, pro-freedom, pro-Christian, pro-capitalist places in the world left to flee to is now Hungary. But the World Commies, the Biden Administration and the Commies in Europe are doing everything they can to steal the elections in Hungary and Poland as they help Biden right now steal our country. Once they’re gone we won’t have anywhere to flee to.

As we stand on the edge of losing our own freedom here in America, we realize supporting countries that value freedom is vital to our own freedom’s survival. So  today, we must stand with the leaders of Hungary and demand the universal freedom of all people. We must declare the universal human rights of free speech, religious freedom, the right to self defense, private property and due process. And no CV19 is not an excuse to cancel universal human rights.