WHY BOTHER TO RUN FOR OFFICE IN CEGAVSKE’S RIGGED CORRUPT SYSTEM?

WHY BOTHER TO RUN FOR OFFICE IN CEGAVSKE’S RIGGED CORRUPT SYSTEM? 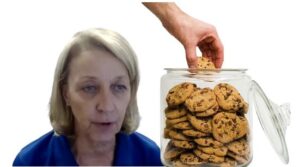 Regardless of NV SOS BARBARA CEGAVSKE’s claims that Nevada’s election system is secure, when one scratches the surface it’s easy to see just have corrupt and rigged our system here is. Cegavske’s own investigation acknowledged some 4,000 non-citizens registered to vote. 8,400 folks voted from the wrong address last year. 1,500 dead folks may have voted. But what’s worse is Cegavske has repeatedly refused to investigate any fraud or corruption in the system.

Back in October 2020, Assembly District Democrat Candidate, Cameron Miller, signed under penalty of perjury, his candidate form claiming he lived at the address he listed. Now it’s come to light that he may not have lived at the condo he listed. According to a Vegas Detective, Cameron Miller has been living at his parents’ house and not in the condo he signed under penalty of perjury as his official residence on his candidate form.

But Cegavske refused to investigate Miller after his opponent, Tony Palmer a former police officer, filed a formal complaint. Cegasvke’s office claimed their authority to challenge the qualifications for a candidate expired along with their authority to investigate. So the lesson is, if you can get away with lying on your candidate form until March you’re home free, according to Cegasvke.

But, folks sign those candidate forms under penalty of perjury, which under NRS 199.120, has a statute of limitations of 3 years.

Cegavske looked the other way while George Soros funneled money through multiple PAC’s concealing his donations to Nevada elected officials.

According to a press release issued by the U.S. Attorney’s office, Nevada Democrat Senator Kevin Atkinson plead guilty to misusing $250,000 of campaign cash to finance a luxury car lease and a gay night club business. Atkinson resigned last week from the Nevada legislature. Atkinson was the Senate Majority Leader of the Nevada State when he resigned.

Yet Cegavske never investigated Atkins, even after numerous folks raise serious questions about the source of Atkins cash for his gay night club and life style.

Since 2014, when Cegavske was first elected, she has never charged any elected official with a crime ever. According to former Assemblyman John Moore, she made it clear to all the elected officials that she “had their back”. Now we see why so many elected lawmakers rushed to her defense these last couple of weeks.

So with that kind of corruption to navigate, why would anyone want to run for office in Nevada?