WHAT IS REAL POLITICAL POWER?

WHAT IS REAL POLITICAL POWER? 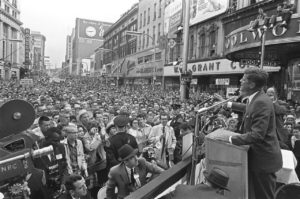 Over the past few weeks, I have written several columns and stories about elected officials and candidates that have drawn criticism from their friends and supporters, not because the articles were false, but because I was critical of their performance in office or I asked the tough questions no one else would ask. Everyone knows I am a conservative and that I write from that point of view, but that does not mean will give conservatives a pass when they screw up. In fact, I’m tougher on them than liberals because I expect more from them.

Let me make this clear.  My job is to ask the tough questions and hold everyone in office and/or running for office accountable to the voters. I’m not a cheerleader for anyone. But I certainly like many of them on a personal level and respectfully disagree with others. If you can’t handle criticism and tough questions then you are in the wrong job.

When a candidate or elected official attacks a reporter who holds them accountable for their professional failures to perform or for breaking their promises that just shows how weak they really are. But I respect those elected officials and candidates that have the courage of their convictions to pick up the phone and call me if they disagree and tell me why. Many politicians don’t understand that they can gain a significant advantage by taking our calls, talking and building relationships with reporters. I have killed many stories after listening to their arguments or facts that I may not have known.

I talk all day long to Conservatives, Liberal Democrats, Socialists, moderate Republicans and Libertarians trying to get the whole picture by listening and asking questions, but if they refuse to talk because they are hurt over an article then they are the big losers at the end of the day.

The lesson of my life in politics is that real political power is the ability to convert political enemies and opponents into allies or at least into neutrals with mutual understanding and respect.