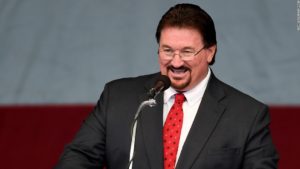 As of June 2017, the NV GOP lost more than 10,000 registered voters since the beginning of January 2017. But in just the last month the bleeding has stopped and they have turned the ship around it appears. As of June 2017, according to Nevada Secretary of State report, the NV GOP had 487,691. The July 2017 report is showing an increase of 1,574 new Republican registered voters.

But the NV GOP is still way behind the NV Democrats who reported 579,848 in July. So the GOP needs to register over 6,400 new people every month for the next 14 months to catch up.

Next month Micheal McDonald is up for re-election as Chairman of the party. So Nevada GOP party members will be paying attention to his forward progress on fund raising and voter registration numbers. Steve Wynn is the keynote speaker next month at the NV State GOP convention dinner gala.