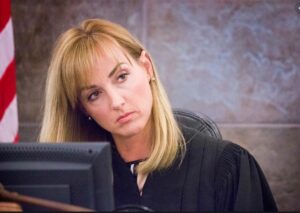 The (VIPI) Veterans In Politics International Inc. investigated Clark County District Court Judge Stefany Miley’s time on the bench. After submitting a Freedom of Information Request we obtained Judge Miley’s entire 2018 calendar going through 5,119 pages. There were 261 workdays in the calendar year 2018 excluding all holidays. Judge Miley was only on the bench for 149 of those days, leaving 112 days unaccounted. Judge Miley was on bench on average 11 days per month during 2018.

According to the report, Judge Miley only worked 14 afternoons, almost never working on the bench Thursdays and Fridays. According to our sources, she has been spotted at Lifestyle Athletic Club working out, or getting her nails and hair done at the local beauty shops during work hours.

Judge Miley only had eight chamber calendars in 2018. Before you say she must be working at home, it’s illegal for a judge to remove cases from the courthouse. However, they can sign into a case on their computer or I-Pad. But in Judge Miley’s case signing into a case from home is not a common practice, according to court sources.

According to Transparent Nevada Miley’s pay and benefits is $258,655.11 annually. Judges have the freedom to govern their own calendar, this freedom should have a price when they abuse the system and steal from taxpayers.

During the last legislative session lobbyist for the District Court wanted a 16% pay raise that would have increased each judge’s annual salaries by $30,000 per year. That bill never made it out of committee. They also wanted 12 additional judges but only 6 was approved for the family court bench. We don’t need more judges, what we need are judges showing up for work.

Many judges will be on the campaign trail, ask a judge to prove to you that they work a full 40-hour workweek, talk is cheap! 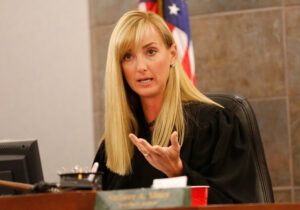 The following are the days Judge Miley was on the bench during each month in 2018: