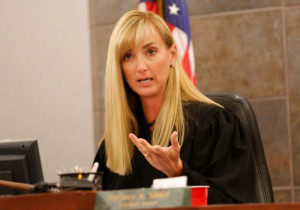 Las Vegas District Court Judge Stefany A. Miley was arrested Saturday Dec. 22, 2018 on a domestic battery charge. According to initial reports, Judge Miley is accused of striking her son while driving in her car. There’s no word yet on whether the Judge was intoxicated. Judge Miley has been in the news this year including when she ruled against Las Vegas Metro Police forcing them to release video recording and other documents from the Oct. 1, 2017 mass shooting at the Route 91 Concert.

Judge Miley has had a host of other issues this year as well, including being removed from a case by the Chief Judge of the District Court for failing to disclosure a conflict of interest. According to court records, Chief District Court Elizabeth Gonzalez signed an order dated January 12, 2918, removing Judge Miley from a civil lawsuit involving a home builder and a real estate company.  Case A-12-663126-C.

According to Judge Gonzalez’s signed order:

“Judge Miley was assigned this case at the time of the filing June 12, 2017. No Disclosure of a potential conflict was made by Judge Miley. From the declarations submitted in this case, it does not appear  (given the turn over) that the movant was actually aware of the prior history of Judge Miley’s complaint’s about her home with the related entity. …”

Judge Miley is up for reelection in 2019. 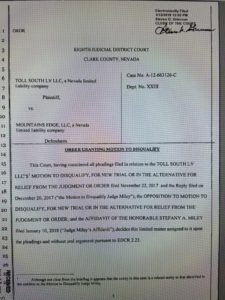 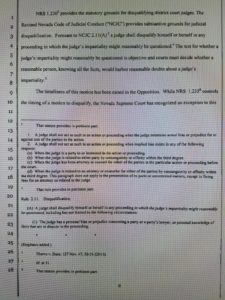 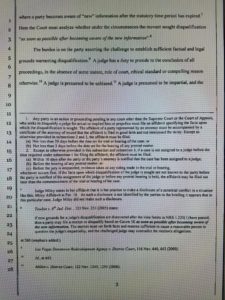 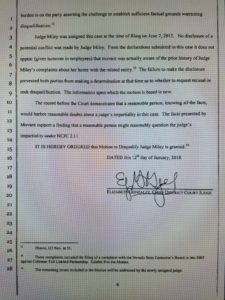 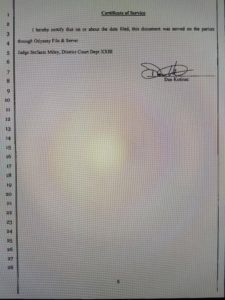 Special thanks to Steve Sanson for finding this case