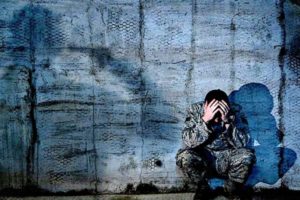 If one wants to understand why so many veterans are committing suicide it’s easy to see why when one hears Air Force Veteran Shawna Carter’s story. When veterans are forced to suffer in pain, when veterans’ cry for help are ignored by VA doctors like Chief of Staff Dr. Komanduri, when veterans can’t get government agencies like the VA and the NV Medical Examiners Board to hold anyone accountable for their suffering, one can see why many Veterans feel hopeless and kill themselves.

On December 20, 2017 a formal complaint was filed with the Nevada Medical Examiners Board against Dr. Ramu Komanduri, Chief of Staff of the VA Southern Nevada Health Care System in the death of Army Veteran Stephen Carey. Dr. Ramu Komanduri is a Nevada licensed doctor, which means the State of Nevada Medical Examiners Board is responsible for regulating and overseeing his competence and performance. Stephen T Carey was 42 years old last year when he died from Stage 4 cancer all alone in his mother’s basement. Stephen’s destiny was cast in stone, according to a lawsuit filed recently against the VA for Malpractice, when VA doctors failed to test and diagnose renal cancer back in 2011 through 2015 on 3 separate occasions. Carey’s death stemmed from a cost savings practice at the VA where nurses and non-licensed medical staff cancel consults after Licensed Medical Doctors who’ve examine veterans issue referrals (consult) to a specialist.

Eight months after that formal complaint was filed against the Southern Nevada Chief of Staff Dr. Komanduri with the Nevada State Board of Medical Examiners, no visible action has been taken. And what’s worse is there’s been no change in the culture and treatment of Veterans by our local VA hospital. While the doctors and nurses are often over worked and under paid, most try their best under poor leadership and disastrous management.

I say disastrous because when you hear what many Veterans continue to endure after all the rhetoric, you can start to understand the needless suffering many Veterans are forced to endure that lead so many take their own lives.

I have a female veteran friend, Shawna Carter, who has been suffering in severe pain for weeks and the VA refuses to properly treat her. She first went the VA ER in mid July seeking help. She has been in and out of the ER where they do little for her but give her opioids instead of the steroid injection she really needs. She was just told she needs to wait another 7 weeks to get treatment. She called Dr. Komanduri’s office seeking assistance only to be ignored. Again, Dr. Komanduri is the chief of staff Doctor at the Southern VA Medical Center. She needs an epidural Steroid injection. Outside pain clinics have same day treatment available, but the VA refuses to pay instead forcing her to wait 10 weeks.

The leadership in the Southern Nevada VA and the VA in general openly oppose and are undermining President Trump’s efforts to reform the VA and allow Veterans to seek medical treatment from outside medical providers. For example, under current rules, if a veteran cannot be seen at the VA within 30 days for treatment they can go to an outside provider. But the VA bureaucracy actively undermines those rules by canceling referrals to outside providers “consults” then starting over the process for frivolous reasons in order to stretch out the 30 period to keep the Veteran in house. Or the VA forces a veteran like Shawna to see her general care doctor first to get a consult to a specialist, even if they are in the VA ER. This often turns the 30 day wait into 60 to 90 days. There’s no reason a VA ER doctor cannot refer a veteran directly to a specialist for care.

What’s worse is the VA has refused to turn over documents about how many Veterans’ consults they cancel each year, even after the Southern VA was served with a Freedom of Information Request by this news outlet.

Fundamental change has failed to take hold at the VA. So it’s time the Nevada Medical Examiners Board hold Nevada licensed Doctors, like Dr. Komanduri, accountable for failing to provide responsible and humane care for Veterans like Shawna. 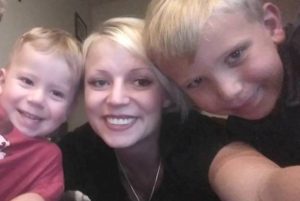 Shawna’s Struggle to get help from the VA in her own words:

I left messages with people at every level of the hospital and have even spoke with Senator Heller’s office too.

I feel like it is a policy problem. We are supposed to get care in a timely manner, and as long as they can get us an appointment in 30 days, they are following policy. However, the 30 day window isn’t necessarily for care.

So, I went to the ER on the July 13th for what looked like strep, I never received a call confirming or denying. I also complained of joint pain flare ups from my ankylosing spondylitis and the associated migraines. Because I had an appointment the following week with my rheum, they said follow up with him. He agreed that i would need the epidurals again and put in a consult with the pain clinic on the 20th. They called to let me know they could get me an appointment on the August 15th, and according to them, this is acceptable because the consult wasn’t put in until the 20th of July. I argued that I was seen a week prior in the ER and that I would not be receiving care in 30 days. I expressed my concern with the length of time it would take to get care, because even if I was seen for a consult on the 15th, they are likely booked out another 3 weeks for procedures. They can, and have previously, sent me to an outside care provider and they have had the consult and treatment done in 2 days.

I also followed up with my neurologist on the 25th regarding the associated migraines. I needed meds for breakthrough migraines. In the past I was given fioricet which worked fabulously and a prescription of low quantities typically lasts at least a year. Yet the pharmacy denied the doctors request because their system says fioricet is for tension headaches, not migraines. The doctor was trying to get me to say I had tension headaches just to get the proper meds. I shouldn’t have to falsify my medical records because their policy changed. The neuro offered me many other options that I have tried in the past but didn’t work. Keep in mind, when I have break through migraines that I can’t treat at home, i go to the ER where they hit me with morphine (which no longer works), or dilaudid. So, they would rather me have to come get admitted into the ER when I can easily treat the condition at home.

When I was denied medication, I proceeded to my 2nd ER visit where they drew blood and told me there was nothing they could do. They tried to discharge me, but I refused to leave. I contacted the Chief of staff’s office, the director of the hospital’s office, patient advocacy, the pain clinic’s office manager, and the senator’s office. The only one that called back was the senator’s office. I was advised to attempt to make an appointment with the pain clinic I was previously seen at and ask them to put in a secondary authorization. That was denied by the VA, because they could get me in for a consult within 30 days. Not for treatment.

I was back in the ER on August 1st too. They gave me pain meds (norco) and anti-inflammatory (meloxican). This was an outside hospital, not the VA. So, with the opioid crisis and what we are trying to get away from, it seems that they would rather chance getting someone addicted to pain meds because of a lack of accurate and timely care. It costs $400-600 to pay for these injections with an outside provider, and they can be done in 2 days, how much do all these ER visits, and specialist visits cost? Plus all the meds they have been administering and sending me home with that are not effective? Surely it is not cost effective to drag the process out.

The pain clinic called yesterday and I asked them to schedule the procedure now so I don’t have to wait another 3 weeks after the consult. Apparently they aren’t supposed to do that either, but the lady I spoke with heard the desperation in my voice and asked the doctor to hold an appointment on the 20th for me for a procedure.

The doctors have given me notes to be off work for 5 weeks! 90% disabled vet pay does not even come close to covering my monthly bills, so I have to work, yet am not able to because I can’t control my pain with anything other than pain pills, and I can’t work or drive while on them. It is no wonder we have so many homeless vets and veteran suicides. The VA forces us into a state of hopelessness where we are left for the pain to take over. I don’t want to become a statistic because of their negligence.