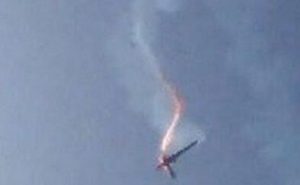 Last week Iran shot down a U.S. Air force RQ-4 Global Hawk Drone, worth about $130 million. After President Trump learned learned that some 150 Iranians would die in the strike at the last minute he withdrew a strike team from attacking Iranian targets and instead decided to wage economic warfare. Trump decided to attack the Iranian Ayatollahs were it would hurt them the most, in their wallets.

According to U.S. Air Force’s flight operations in the Middle East, Air Force Chief of Staff Dave Goldfein “We’re continuing to fly. And we continue to fly where we need to be, when we need to be there,”. 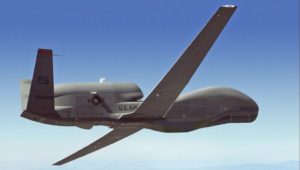 President Trump is waging economic warfare against Iran and its working. According to the AP: “Inflation in Iran is now over 37%, according to government statistics. More than 3 million people, or 12% of working-age citizens, are unemployed. That rate doubles for educated youth.”

So now one can understand why Iran attacked a U.S drone and mined two ships. It was hoping the U.S. would shot back which would help the Iranian regime internally. But instead Trump’s new round of sanctions is crippling Iran internally even more in an effort to force them back to the negotiating table or to destabilize them.

According to Business Insider, Iranians can’t get their hands on cellphones and prices on everyday items have skyrocketed for average workers.

In the mean time, many of the Democratic Candidates running for President on the stage last night at the first debate continued to blame President Trump for Iran shooting down our Drone and giving aid and comfort to our enemies.