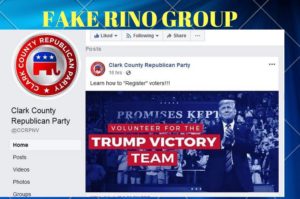 Since Gov. Sandoval and NV Sen. Scott Hammond screwed over the Republican base in 2015 when they passed the biggest tax increase in our state’s history and then passed driver’s licenses for illegal aliens, the party has been embattled in an internal civil war for the sole of the party, Real Republicans verse RINO’s.

360 News Las Vegas conducted a non scientific poll of Republicans here in Nevada and asked them if they support the following question; 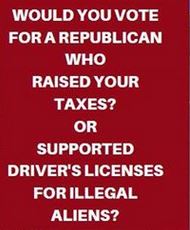 The question reached over 1,600people with over 100 people responding:

Over 95% of those who responded said NO they would not support a Republican who raised taxes or supported driver’s licenses for illegal aliens.

But that is exactly what RINO’s in Nevada have been doing for the last 10 years. But the RINO’s continue to lie to voters and pretend to be conservative when running for office. 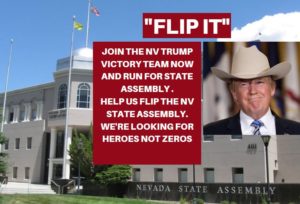 The Trump Victory Team of Nevada posted this statement on their Facebook page this morning:

BY BREAKING AWAY FROM THE LIBERAL REPUBLICANS.”

The Trump Victory Team of Nevada is threatening to sue the CCRP over the post for stealing their name and intellectual property.