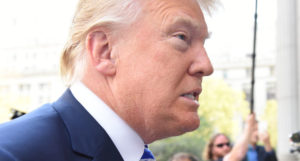 This week the mainstream liberal press had a collective orgasm at the thought of catching President Trump in a criminal sex scandal for supposedly paying off Stormy Daniels to keep quiet about her alleged affair some 10 years earlier with the future Commander and Chief. Daniels alleged she had an affair with Trump in 2006 and was paid $130,000 as part of a nondisclosure agreement days before the 2016 presidential election.

Federal law 18 US Code 873 Blackmail Whoever, under a threat of informing, or as a consideration for not informing, against any violation of any law of the United States, demands or receives any money or other valuable thing, shall be fined under this title or imprisoned not more than one year, or both.

18 U.S. Code 880- Receiving the Proceeds of Extortion– A person who receives, possesses, conceals, or disposes of any money or other property which was obtained from the commission of any offense under this chapter that is punishable by imprisonment for more than 1 year, knowing the same to have been unlawfully obtained, shall be imprisoned not more than 3 years, fined under this title, or both

Daniels clearly received proceeds from then candidate Trump in exchange for not speaking publicly about the affair allegedly.

In addition, I would argue that the election law Trump is accused of violating on its face is so vague that to possess intent to violate the law is almost impossible to prove. So let’s say then Candidate Trump in 2016, before the election, settled a business claim from a contractor who worked on one of his properties, and even though Trump disputed its validity, he paid it because, #1 it was cheaper to pay it then to fight it and #2 he didn’t want a minority owned contractor in TV ads claiming he didn’t pay his people. In other words, any claim he paid off or settled during the election could be argued was done to prevent a lawsuit that could hurt his election chances, hence used against him, hence it benefited his campaign, hence he used his own money , hence he didn’t report it, hence it’s a crime. Nonsense.

If, on the other hand, Candidate Trump had paid Stormy Daniels from campaign money and reported it he could be facing charges for using campaign funds for personal use. BTW President Obama was found guilty of failing to disclose some $2 million of Campaign funds and was fined $347,000. Double standard? And Senator John Edwards was tried and found not guilty for similar offenses. And Congress has paid out millions of dollars in “public” hush money to settle scores of sexual misconduct claims.

So remember if the Democrat controlled House of Representatives makes the decision to impeach President Trump, it will be purely for political purposes not because the President committed any crime. And by the way, every one of those politicians will now have to worry about all the hush money they paid out over the years coming back to get haunt them. They just opened a HUUGE Pandora’s box. 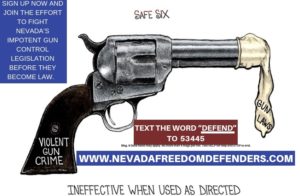