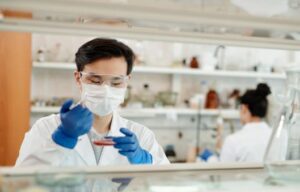 In 2020, Governor Sisolak issued an emergency order banning all Nevada pharmacies from filing prescriptions for hydroxychloroquine. Chloroquine has been on the market around the world since 1934 Bayer invented it. Hydroxychloroquine was invented during World War II to provide an alternative with fewer side effects.

Since the outbreak on CV19, the Henry Ford study along with a dozen others studies worldwide have proven its effectiveness in reducing deaths from CV19.

The findings in the Ford study were released back in June 2020.

“In a large-scale retrospective analysis of 2,541 patients hospitalized between March 10 and May 2, 2020 across the system’s six hospitals, the study found 13% of those treated with hydroxychloroquine alone died compared to 26.4% not treated with hydroxychloroquine. None of the patients had documented serious heart abnormalities; however, patients were monitored for a heart condition routinely pointed to as a reason to avoid the drug as a treatment for COVID-19.”

The Pharmacy Board’s emergency regulation adopted March 23, 2020, restricting the prescribing and dispensing of chloroquine and hydroxychloroquine (LCB File No. E003-20A) expired by operation of law at 11:59 PST on July 21, 2020, and is no longer in effect.

We called our local Las Vegas Walgreens Pharmacy to see if they would fill a prescription from a doctor for Hydroxychloroquine. The pharmacist asked what the prescription was for. I told him it really wasn’t any of his business what my doctor prescribe a medication for. He said he has the right to refuse to fill any prescription he chooses.

Is it legal in Nevada for a pharmacist to refuse to fill such a prescription?

Dr. Steven DeLisle, a local pediatric dentist who does prescribe medications for his patients and who’s running for Nevada State Assembly District 13 said although he favors personal freedom, if large corporations are colluding not to sell a Trump promoted drug then that needs to stop. He also said The Governor’s emergency powers should be limits by law to 3 weeks.

Joey said in response to our article

“Yes something needs to be done. What they’re doing is absolutely illegal and never before have we seen such unprecedented action taken unilaterally by those who do not have a license to practice medicine by denying doctors lawful prescriptions. It’s insane and there are some big lawsuits about to hit some pharmacy chains, one in particular coming from Americas Front-line Doctors that I am coordinating”