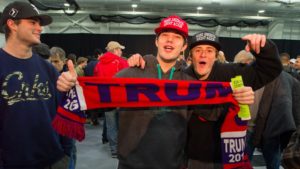 Public schools are supposed to be a safe place for all kids to learn and prepare for their futures. But according to one teenager (we’ll call him Jimmy), when he chose to share his support for President Trump in one of his Clark County High School classes, some kids and the teacher called him names including KKK, the next school shooter and the teacher reported him as a possible threat to the principal calling him a “White Nationalist”. Jimmy endured daily name calling and harassment to such an extent that his parents contacted the principal.

The Principal refused to help saying “He can’t be everywhere all the time”. However State law requires school principals to take decisive action to stop bullying. Now his parents have filed a formal complaint and are prepared to sue. Jimmy is set to graduate this May from High School, so he doesn’t want to move schools since he is in a special advanced school.

If Jimmy was a transgender student the principal would have taken unprecedented steps to stop any bullying. But it’s clear that because Jimmy is a conservative student who openly supports President Trump, the Principal and teacher are purposely turning a blind eye to his continuing and ongoing bullying.

360 never received any response to our story from the Principal.

This CCSD issued diagram provides a guide to what is supposed to happen when a student, parent or teacher reports a bullying incident. According to Jimmy’s parents, the principal and school refused to take any of these steps. 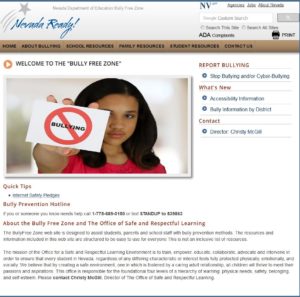