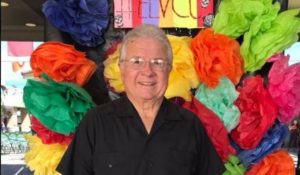 Two term Las Vegas City Councilman Bob Coffin refuses to leave office quietly. Over the weekend, Coffin tweeted several statements including one in which he said “we can only pray he (President Trump) dies in his sleep.” (see tweets below). Coffin announced last year he was stepping down would not be seeking another term. Melissa R. Clary and Assemblywoman Olivia Diaz are in a run off for his ward 3 seat.

Coffin defended his first tweet declaring “Dying while sleeping seem like a humane end of life. For 2 years I have said that 45 could and should remove himself “. 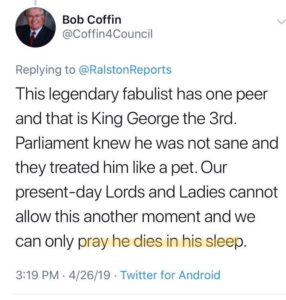 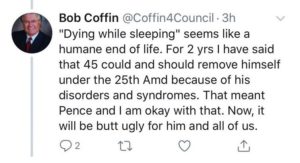