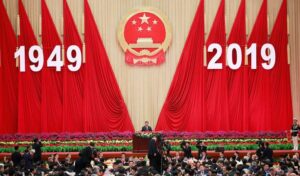 On September 11, 2001, Radical Muslim Terrorists killed 3,000 Americans sparking a 20 year war leading to 4,424 U.S. military deaths in both Iraq and Afghanistan. The U.S. lost over 50k Americans in the Vietnam War over 10 years. The Chinese Communist Party, who’s ruled China since 1949, concealed the Corona Virus (which they may have developed in a super bio lab) in December 2019 from the World Health Organization, allowed thousands of their infected citizens to travel all across the world, resulting in at least 50,000 dead Americans so far in just 4 months without firing a single shot. BTW the U.S. has by far the worst death toll of any nation. By comparison China with its 2 Billion people (according to their reports) has lost around 4,000 people to COVID 19. China either has a vaccine for the Corona Virus or they’re lying about their number of dead, both of which could also be true.

China sells non-democratic countries technology to spy and control its citizens. President Trump recently banned Chinese tech company Huawei from selling its 5G unit in the U.S. accusing them of creating a back door spying Trojan horse in the system. China has stolen trillions worth of our intellectual property.

The U.S. must demand compensation for American businesses, reparations for the families of dead Americans, full transparency of the disease’s origin, a full & public apology to the world, President Xi Jinping’s resignation, International inspections of their bio weapons labs, an end to their third world wet markets and new protections for reporters in China so this doesn’t happen again. We must block any and all Chinese ownership and investment in U.S. tech companies and universities. We must demand they dismantle their illegal military man-made islands in the South Chinese Sea which literally threatens the freedom of the entire world. The unencumbered free navigation of the world oceans is critical to worldwide freedom.

It’s not just about China writing a check. It’s about China fundamentally changing and starting to honor and respect human dignity, liberty and life. If China refuses to settle all claims and resolve our demands, then we must treat China, as we did the Soviet Union, as the 21 Century’s new Evil Empire. 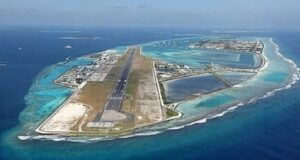