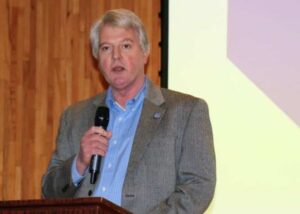 In March, the public learned that, Ihsan Azzam, Nevada’s top Health adviser to Gov. Sisolak also did not have a medical license.

Here is Mr. Dicks’ resume and background as posted on the Washoe Health District Website.

Dick has a B.S. from Cornell University College of Engineering and is a Nevada Certified Environmental Manager. He serves as President of Home Free Nevada, the State sponsor for the Home Performance with Energy Star program which is implementing the Energy Fit Nevada home energy upgrade and rebate program. He serves on the Nevada State Advisory Committee on the Control of Emissions from Motor Vehicles, and on the Advisory Board of the Western Sustainability and Pollution Prevention Network. Formerly, he has served as chairman of the National Pollution Prevention Round table, and was appointed by EPA Administrator Browner to the Federal Advisory Committee on Environmental Compliance Assistance.

Dr. Todd wrote in a recent letter to public officials “He has a bachelor’s degree in engineering, is certified as a Nevada Certified Environmental Manager with expertise in Air Quality, and absolutely no public health experience. Even if Mr. Dick met the minimum qualifications to be DHO, he still lacks the education, credentials, and public health experience and working relationship with the public and the media.”

He went on to write “Mr. Dick has done nothing to warrant the position of Health Director. He has had no classes in public health, specifically. He has not earned a Master Degree or terminal degree, yet he has been given the authority to make appalling decisions.”

Washoe County is now one of only 3 counties to close their bars for a second time as part of the CV19 response. A group of 62 closed Bar and Tavern owners filed a lawsuit a couple of weeks ago led by Attorney Dennis Kennedy accusing the state and Clark County of taking arbitrary and capricious actions and lacking any science or medical data to support their actions.