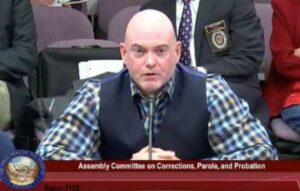 After weeks of violent rioting and looting across the country, instigated by BLM and ANTIFA, many are asking why public Universities are allowing Anti-American groups to recruit and organize on campuses here in Nevada. Well, one candidate running for University Regent says no more if he’s elected.

Byron Brooks, an Army Veteran, is running for University Regent District 3. Regents are elected officials who decide policy and spending priorities for Nevada’s public Universities like UNLV and CSN.

UNLV continues to allow BLM and ANTIFA to recruit and hold meetings on campus even after the violence seen across the country. The group’s anti American and anarchist message is being supported by University leaders while banning Republican speakers on campuses.

When asked if Brooks would you ban BLM and ANTIFA from campuses?

“I would not be interested in allowing any organization on campus that has the perception of or actually does incite violence via anti-American rhetoric, race baiting, or religious prejudice. Our education institutions must remain, and be steadfast in providing, a safe place for students of all genders, age, race, religion, political ideology, special needs, and disability.”