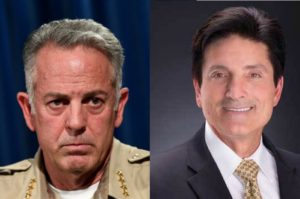 In 2014, Former Metro Police Assistant Sheriffs Ted Moody, Joe Lombardo and Former Metro Captain Larry Burns were in a three way race for Clark County Sheriff. Larry Burns and Joe Lombardo were the top vote getters in the 2014 June primary advancing them both to the general election in November 2014.

It was then, after the 2014 primary, according to extremely close sources, that Candidate Lombardo offered Ted Moody a position in LVMPD if he won the election if Moody would throw his support behind Lombardo.

According to those same close sources, after Lombardo won the 2014 general election, he broke his promise and reneged on the job offer to Ted Moody.

Yesterday, in a story written by journalist Laura Loomer, allegedly, Sheriff Lombardo, recently offered his 2014 rival, Larry Burns, a job with Metro if he would endorse Lombardo now. Sources inside Metro Police Department accused Lombardo of attempting to bribe Larry Burns with a job. Lombardo is in a tough reelection with only 27% of likely voters saying the Sheriff is trustworthy and honest, according to a recent poll. And last month only 18% of rank and file Metro Police officers voted to retain Lombardo as sheriff. Larry Burns was the rank and file’s choice in 2014 and still very popular in the department. 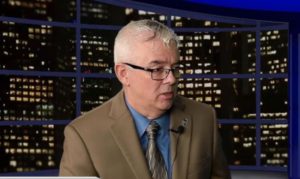 “This is a troubling story. I have a great deal of respect for Larry Burns and Ted Moody and would jump at the opportunity to work with either of them leading the Las Vegas Metropolitan Police Department.” 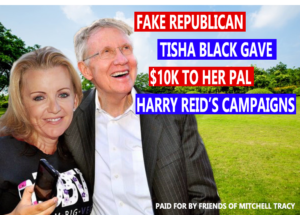