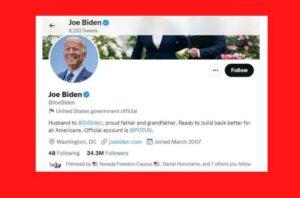 Now we’ve learned, thanks to Elon Musk, that half of Biden’s 44 million Twitter followers are fake accounts.

So the obvious questions are, how did Twitter not know this?

How did Biden’s campaign not know this? Did they work together? Are they still working together?

Did Twitter and Biden use millions of fake accounts to spin and manipulate voters during and after the election?

Did Twitter profit off of the 22 million fake accounts directly or indirectly?

How many other Democrats have tons of fake Twitter followers?

Should we trust Twitter pages of Susie Lee, Dina Titus, Gov. Sisolak and Steven Horsford? What about the MSN news Twitter pages? I always wondered if those brain dead likes of local news are real?

Even today Twitter has failed to fully own up to this.

Only Congress has the power to fully investigate this kind of corruption.

If Twitter is in bed with the President of the United States then they are acting as an agent of the government and could lose their lawsuit protections.

“Section 230 says that “No provider or user of an interactive computer service shall be treated as the publisher or speaker of any information provided by another information content provider.”

Does federal law protect Twitter from defrauding the American people be colluding with government officials and conspiring to silence their critics with millions of fake accounts? It’s time for lawyers to start their engines.

“The Manipulation of the American people by disingenuous social media companies needs to be put in check.

Section 230 needs to be repealed in its entire. The American people are entitled to their 1st Amendment rights in the town square. If Twitter was aware of these 22 million accounts they need to be held accountable for manipulating the American people.” 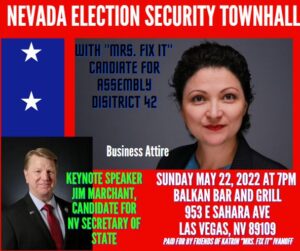