THE DAILY GRIND – SEPTEMBER 13TH, 2016: GUN OWNERS CALL ON RICHARD CARRILLO TO STEP DOWN AFTER CONVICTION FOR DUI AND POSSESSING A FIREARMS WHILE INTOXICATED

As the November general election approaches, many in the gun rights community are calling on Assemblyman Richard Carrillo to step down after he was found guilty of DUI and being in possession of a firearm while intoxicated by the Carson City Justice Court.

It all started on February 27, 2016 during the legislative session in Carson City. According to court testimony, Carrillo was so drunk that he was found by a security guard who noticed a pair of feet sticking out from a planter box. The security guard said he found Carrillo asleep in the shrubbery and asked him whether he needed a cab, but Carrillo declined the offer.

Carrillo then went to his car, turned on the car, and fell asleep. He was found by police with vomit all over and his loaded 22 caliber pistol in his front pocket. According to police, his blood alcohol level was .10, which is over the .08 limit. Carrillo was convicted of a DUI and possessing a firearm while intoxicated at a trial on July 25, 2015. Judge John Tatro ordered Carillo to pay eight hundred dollars in fines and fees, serve 42 hours of community service, and give up guns for a year. 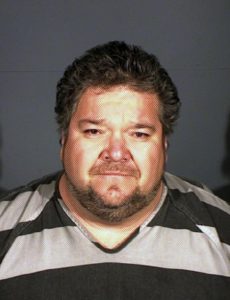 In national news, Hillary Clinton is taking the next couple of days off to recover after collapsing at a 9-11 ceremony in New York City on Sunday afternoon. Former DNC Chairman under President Bill Clinton, Don Fowler,  is calling for a contingency plan to replace Hillary Clinton. Fowler told Politico QUOTE “Now is the time for all good political leaders to come to the aid of their party. I think the plan should be developed by 6 o’clock this afternoon,” He then said QUOTE “It’s something you would be a fool not to prepare for.” On Monday, Donald Trump called for Clinton to release ALL of her medical records. Mrs. Clinton has suffered several high profile health episodes in recent weeks, and then mislead the public last week by denying anything was wrong.

Carrillo’s conviction was later dismissed on appeal due to a technicality with the testing.