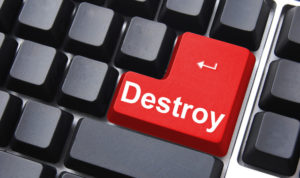 Facebook and online websites have taken over from the so called mainstream media as the number one source of news and information for most Americans now. So the MSM is threatened by this loss of power over the minds of our citizens.

So its no wonder liberals have ramped up their attacks on media outlets who dare to disagree with them as “Fake News”. NEWSMAXTV LAS VEGAS has seen a spike online of people attacking our stories as “Fake News” blindly without reviewing the facts we provide. Over the past few months whenever we have posted stories that offer another point of view the story is attacked by liberals as “lies” or “Fake News”.

For example, we ran a story about Benghazi that outlined how the US Government and yes Hillary Clinton left dead and wounded Americans on the Airport tarmac. The US government never sent any aircraft to pick them up. They were eventually flown out by a Libyan aircraft. This informaiton was directly from the House Intelligence Report and from an actual survivor we interviewed. We post the interview and the government report on the same page as the story. But because the story made Hillary look bad liberals blindly attacked the story as “lies” and “Fake News”. Ironically it was Hillary Clinton and President Obama who purposefully disseminated the “Fake News” that the attacks in Benghazi were caused by a video on Youtube.

The Obama Administration has disseminated “Fake News” about the number of Veterans they treated when we later found out 250,000 veterans died on waiting lists. The Obama Administration put out Fake News about the economy getting better when in fact more people are on welfare and less people are in the labor force than any time in the last 30 years. In fact the Obama Labor department has revised its employment numbers down after each election repeatedly over the last 6 years. And the Mainstream media has blindly reported the Fake Labor numbers each time without question. The liberals pumped up employment numbers for political reason. If that’s not Fake News what is?

So when a news outlet like NEWSMAXTV LAS VEGAS actually report stories that contradict the mainstream media’s Fake News, liberals pile on Facebook and blast it as “Fake News”. Our citizens need news from all points of view if our Republic is to survive. Attacking anyone who disagrees with you or dares to report the truth is called fascism and is a direct threat to our Republic. We must wage an online war to stop this New Fascism that has emerged. We must delete and ban liberals who maliciously claim our news is fake. If they simply disagree and provide a factual basis for their point of view then we should allow them to remain on our Facebook page and stories.

Defend the truth. Join our fight to save the Republic by deleting liberals from Facebook who blindly attack other points of views as “Fake News”. DELETE THEM, BLOCK THEM, WIPE THEM OUT!