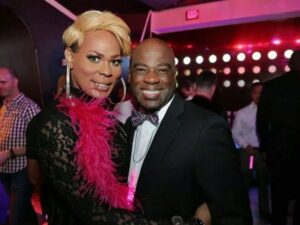 July 21, 2019, Sen. Atkinson was sentenced to 27 months and ordered to pay $249,000 in restitution this. One critic of Atkinson said, “Atkinson thought no one would dare come after him for stealing $250K because he’s gay and black.”

According to a press release issued by the U.S. Attorney’s office in Nevada, Nevada Democrat Senate Majority Leader, Senator Kelvin Atkinson plead guilty to stealing $450,000 of campaign cash to finance a luxury car lease and a gay night club.

Atkinson was the Senate Majority Leader of the Nevada State when he resigned in March 2019.

Friday April 17, 2020, Nevada District Court Judge James Mahan, commutes Atkinson’s sentence to credit for time served citing the COVID 19 danger he faces if he stays in prison. Atkinson’s motion for early release was sealed by the court after only serving less than 8 months of a 27 month sentence.

Republican Congressman Duncan Hunter Jr. was also recently sentence to federal prison for misappropriating $250,00 in campaign funds. No word on his sentence being commuted.