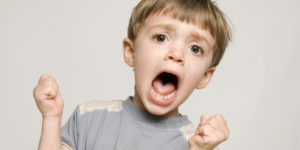 This week a friend of mine was called by his private daycare facility and told to come pick up his 4 year old boy because the child was misbehaving.  I raised a boy (to be perfectly honest he was such a great kid I hardly had to discipline him) so I was confused by my friend’s situation. I inquired and he explained that the private daycare was strictly forbidden from disciplining children in any way by the Nevada Division of Public and Behavioral Health, Child Care Licensing.

OK, I understand we don’t want some stranger whacking our child with a belt, but the daycare was also forbidden from giving a child a timeout. Zero discipline. If you weren’t worried about our future generations before, well this should scare the snot out of you. I could not believe what I was hearing.

So I called the State of Nevada Division of Public and Behavioral Health, Child Care Licensing and spoke with a very nice woman on the telephone about their no discipline policy. The woman told me that day cares in Nevada are strictly forbidden from disciplining children and that instead they are encouraged to “redirect a child’s attention” who is misbehaving. That’s right “redirect a 4 yr old child” who is punching and kicking another child. Of course trying to redirect a 4 year old boy having a temper tantrum is not going to work.

That’s why the daycare called my friend to come get his son. My friend promptly took his son home, spanked him, sent him to his room for the rest of the day without toys. He brought his son back to daycare the next day and warned the child he would face the same “discipline” again if he misbehaved at daycare, forcing his dad to come pick him up again. And the child behaved like a perfect little angel. What a concept, discipline worked.

Without discipline, whether it’s self imposed discipline or discipline imposed by a teacher, every one of us needs to learn this vital skill. Discipline is a skill that must be taught. And without discipline, people are doomed to fail in life. We need discipline to get up and go to work, not eat and drink excessively and not steal. We need discipline to stay on course and pursue our goals and dreams. So we all should be frightened by our liberal overlords in Nevada government complete lack of commonsense and the next generation of shit heads they are creating who will inevitably end up broke parents on welfare.