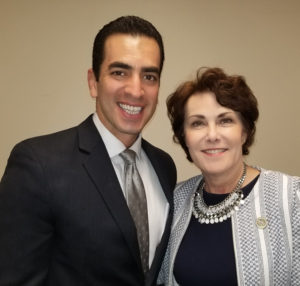 Democratic Rep. Jacky Rosen, who’s running for the U.S.Senate for Republican Sen. Heller’s seat in 2018, issued the following statement Friday Ruben “Kihuen was her friend, but she is heartbroken over the outpouring of stories of inappropriate workplace behavior and calls on him to step aside,” according to the reports.

It’s hard to believe with all the people Samatha spoke with inside and outside of the Campaign (the woman accusing Congressman Kihuen), that Congresswoman Jacky Rosen knew nothing about it. After all, Samatha filed a complaint with the Democratic Congressional Campaign Committee and complained to numerous Democratic staffers in Nevada. 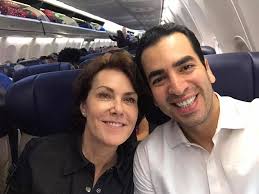 According to BuzzFeed: Last year, a 25-year-old woman left her job on Democratic Rep. Ruben Kihuen’s campaign because of what she says were repeated, unwanted propositions for dates and sex. Responding to these allegations, the chair of the Democratic Congressional Campaign Committee said Kihuen should resign. Kihuen said on Friday, “I sincerely apologize for anything that I may have said or done that made her feel uncomfortable.”A woman who worked as the finance director for a promising Nevada Democrat is alleging that he repeatedly harassed and made sexual advances toward her during his 2016 congressional campaign — and like many young people on campaigns all over the country, she did not know what to do with her complaint and didn’t feel comfortable bringing it to the campaign’s leadership.So she quit her job. And he’s now in Congress.Samantha, whose last name BuzzFeed News is withholding at her request, began working for Rep. Ruben Kihuen early in his campaign to unseat Republican Rep. Cresent Hardy in December 2015 and quit by April 7, 2016. Starting in February of that year, Samantha, who was 25 at the time, said Kihuen, who was then 35 and still competing in the primary race, propositioned her for dates and sex despite her repeated rejections. On two occasions, she says he touched her thighs without consent.While Samantha was uncertain how she could report her experience, she said she spoke with a contact at the Democratic Congressional Campaign Committee to explain why she was quitting so abruptly and told the staffer that Kihuen had done things that made her uncomfortable.“I didn’t know what they could do, but I felt like I had to let someone know,” she said.The person she spoke with at the DCCC, a midlevel staffer who no longer works there, confirmed a conversation took place. He said he did not recall her telling him any specifics, only that she quit because she felt uncomfortable with Kihuen, and he did not believe that she wanted the DCCC to escalate it. He spoke only with a colleague — another midlevel staffer who is also no longer there — about the call.Because the race was, at that point, still in the primaries, the DCCC had limited involvement in Kihuen’s campaign. But the second staffer informed Kihuen’s campaign manager, Dave Chase, of Samantha’s call after she had left the campaign. Chase confirmed to BuzzFeed News that someone at the DCCC called to say that the woman had quit because she felt “uncomfortable” around Kihuen, but he was not aware of the specifics of the allegations. He says he confronted Kihuen, who denied that anything improper had occurred.In a statement from his congressional office Friday, Kihuen said, “The staff member in question was a valued member of my team. I sincerely apologize for anything that I may have said or done that made her feel uncomfortable. I take this matter seriously as it is not indicative of who I am. I was raised in a strong family that taught me to treat women with the utmost dignity and respect. I have spent my fifteen years in public service fighting for women’s equality, and I will continue to do so.”A staffer in Kihuen’s congressional office did not respond to a follow-up question if Kihuen denied that the events, as described, occurred.

When presented with specific details of the allegations contained in this story, DCCC chairman Ben Ray Luján called on Kihuen to resign.

“Members and candidates must be held to the highest standard. If anyone is guilty of sexual harassment or sexual assault, they should not hold elected office. Congressman Kihuen should resign,” he said Friday.

Chase, the former campaign manager, said that he was “deeply disappointed and heartbroken by Ruben’s actions.”

“I believe Samantha and wish I had known her specific allegations when I confronted Ruben after she left the campaign or in time to stop what took place,” he said.

On Feb. 6, 2016, Samantha says she accompanied Kihuen to a fundraiser — a normal function of her job as finance director. As she attempted to leave when the event wrapped up, she says Kihuen walked her to her car.

“He followed me to my car and said, ‘You look really good, I’d like to take you out if you didn’t work for me,’” she recalled.

Samantha said she quickly stated that she had a boyfriend, got in her car, and left. The advances became more frequent and more aggressive after that, asking if she had ever “cheated on her boyfriend” and repeating that he would take her out if she did not work for him.

On Feb. 19, Samantha says she accompanied Kihuen to a meeting with Rep. Tony Cárdenas at the Aria Hotel. Cárdenas was in town to support presidential candidate Hillary Clinton ahead of the Nevada caucuses. Cárdenas’ office confirmed that he and his wife stayed in the hotel that weekend. In the elevator on the way to the meeting, Samantha said Kihuen told her, “We should get a hotel room here.”

“I said ‘no’ very firmly and he just laughed at me. It was humiliating,” she told BuzzFeed News.

Kihuen drove on the way back from the meeting to their campaign office, with Samantha in the passenger seat. Samantha said Kihuen again asked if she’d ever cheated on her boyfriend, and started touching her thigh. She told him to stop and said she said “no” and began talking about her boyfriend.

A separate time, in March, Kihuen asked for help with something on the computer during “call time” — when a candidate makes fundraising calls — and Samantha alleges he grabbed the back of her thigh while she looked at the screen.

“I asked him what he was doing and he stopped.” Samantha left the campaign soon after.

Samantha texted a friend the details of the harassment she experienced on Kihuen’s campaign about a month before she finally quit, telling the friend on March 10, 2016, that she was upset and Kihuen was saying “creepy things to me sometimes.” The friend asked what that was and she responded that the then-candidate “put his hand on my thigh a couple of times. Asked me weird questions once like if I had ever cheated on my boyfriend. Said a couple of times he would take me out if I didn’t work for him.” The friend replied that Kihuen had “crossed way over the line into lawsuit territory [sic]” and encouraged her to look for other work.