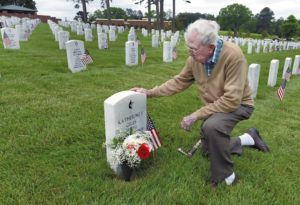 This new report focuses on October 2014 through August 2015.

For the period October 1, 2014 through August 9, 2015, we identified 225 deceased patients who had 371 open or pending consults at the time of their deaths or had discontinued consults after their deaths.

Of the 225 patients, we found 117 patients with 158 consults experienced delays in obtaining requested consults. We substantiated that 43 percent (158/371) of consults were not timely because providers and scheduling staff did not consistently follow consult policy or procedures.

We determined that had the facility implemented consistent and timely review of open and pending consults, facility consult data would have reflected a more accurate number of delayed consults that had potential clinical impact.

Veterans’ groups see the report as evidence of continued neglect under the Obama administration after the scandal — and pointed to the need for urgent congressional action. Interesting to note, the Los Angeles Times refused to report this story.

As of January 2017 according to NPR “wait times [at VA hospitals] on average had decreased, but were still unacceptably long and several individual hospitals were showing virtually no progress at all.”

The Southern Nevada VA recently closed the pharmacy and other services at four clinics across the valley after spending over $100 million building those clinics in 2010. Now Veterans must all go to the VA hospital in North Las Vegas driving up to 80 miles round trip. The inefficiencies at the VA are institutionally. One of the problems with the VA is the fact that most of the leadership are not Veterans.

Finally, after it was discovered in May 2014 that some 300,000 Veterans died while waiting in fraudulent lines for healthcare, President Trump signed a new bill creating the VA Office of Accountability protecting whistleblowers and making it easier to fire bad employees.