SISOLAK TOLD JUDGE “PARENTS HAVE NO RIGHTS IN PUBLIC SCHOOLS”

SISOLAK TOLD JUDGE “PARENTS HAVE NO RIGHTS IN PUBLIC SCHOOLS” 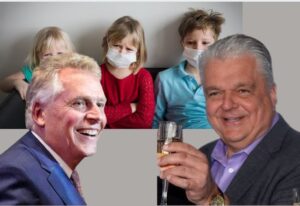 Lawyers for Governor Sisolak and the Clark County School District appeared at a Federal Court hearing today to address a lawsuit filed by Joey Gilbert and Sigal Chattah, both of whom are running for high office in Nevada. The lawsuit was filed by  parents of students who attended Clark County Schools, seeking an injunction against the state and local mask mandate imposed on their kids eight hours a day.

Chattah argued that the Governor and the School District failed to provide due process by not holding a public hearings and allowing the elected School board to vote on the mandate. Chattah argued the Governor’s 20 plus month emergency powers were a violation their Constitutional rights.

Harry Reid sponsored and President Obama appointee, U.S. District Judge Jennifer Dorsey challenged Chattah’s ascertain that School Districts cannot require students to wear medical devices like a mask even with questionable medical efficacy. But Judge Dorsey shot back asking Chattah if Schools can require students to wear shoes to school and goggles in Science class? Chattah said of course, but Mask mandates in a state with a .002% mortality rate is not medically justified.

The lawyer for Governor Sisolak then argued that the polices put forth under emergency powers were lawful because they were following the CDC guidelines. Chattah argued that 42 states have ditched the mask mandates as of today. Sisolak’ council shot back claiming the mask mandates were why the mortality rate was so low.

Sisolak’s lawyer then said if people in Nevada don’t like his CV19 policies they can vote him out of office next year. Sisolak’s lawyer went on to say parents give up their rights when they drop their kids off at public schools. If parents don’t like the rules, they can home school, send their kids to private schools and even distance learn. 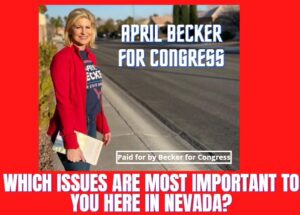 Many observes in the court room said after, Sisolak’s comments immediately invoked memories of the recent Virginia Governor’s race in which Dem Terry McAuliffe was trounced by Republican Glenn Youngkin after McAuliffe said “I don’t think parents should be telling schools what they should teach”.

In fact, McAuliffe attended a fundraiser just a few months in August ago, here in Las Vegas for Gov. Steve Sisolak.