SISOLAK ACCUSED OF THREATENING BARS WHO JOIN SHUT DOWN LAWSUITS

SISOLAK ACCUSED OF THREATENING BARS WHO JOIN SHUT DOWN LAWSUITS 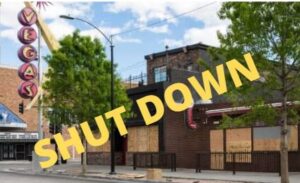 Last week Gov. Sisolak shutdown all bars and taverns in most of the state over false allegations of mask noncompliance. False, because not one bar or Tavern was on a public list of businesses cited for mask non-compliance by health officials. Last Thursday, Sisolak issued bars and taverns 24 hour notice to close by Friday at midnight.

A group of about 60 bars and tavern owners, including some of the biggest companies in the state, joined a lawsuit taverncomplaint  represented by the Bailey and Kennedy Law firm. Attorney Dennis Kennedy representing the group of 60 bars and Taverns wrote in the complaint “The disparate treatment of bars and taverns is unreasonable because there is no rational basis for treating bars and taverns differently than other, similarly situated, non essential businesses. There is no evidence that sitting at a bar top or at a table within a bar area increases the likelihood of contracting COVID19”

But, over the weekend many of the companies withdrew or changed their minds about joining the lawsuit against Sisolak after being allegedly threatened by the gaming commission. Gaming Commission Control Board Enforcement Chief: James Taylor denied making any threats to businesses that joined the shutdown lawsuit against the Governor. But someone threatened several people with losing their gaming licenses.

According to one of the most power tavern operators in the Valley (who did not want their name in the story), told 360 they were directly threatened with a gaming enforcement action if they joined the shutdown lawsuit against Sisolak. So even though the gaming Control Board is denying making any threats, one must ask why would power rich companies back off lawsuits against Sisolak for shutting down their mulit-million dollar businesses if they weren’t threatened?