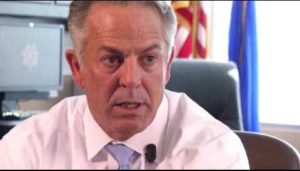 Today, US Attorney Jeff Sessions issued a cease and desist letter to eight jurisdictions nationwide including Las Vegas to stop Sanctuary City Policies or face losing federal grant money. In the letter Session demands Metro Police prove they are in compliance or risk losing federal money. Lombardo has until June 30, 2017 to comply or lose over $6 million in federal grant money according to Session’s letter.

Sheriff Lombardo went back to Washington D.C. three weeks ago to meet with Attorney General Sessions to dispute the way ICE calculates detainer holds because he’s has been getting killed in the press. And with Lombardo facing the voters next year he is desperately trying to turn around his image. So this latest letter is just more salt in Lombardo’s self inflicted-wound. 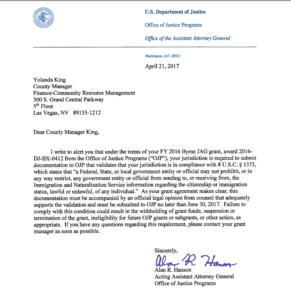