ROB CALLS BS: WE ARE STILL WAITING FOR A SPECIAL PROSECUTOR TO INVESTIGATE OBAMA’S MISDEEDS 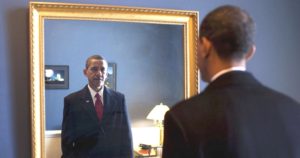 Last week, at the Latin Chamber of Commerce luncheon, Nevada Republican U.S. Senator Heller called for a special prosecutor to investigate alleged ties between Trump and Russia during the election. Heller went on to say “Russia’s attempt to interfere with our elections should be a top priority.”

After calling Comey a “boy scout” Heller said “He (Trump) has the right to get rid of the FBI director if that’s what he chooses to do, His explanation and his timing — yes, that’s bothersome to me.” as reported by other news outlets.

So now that the Republicans control the House, the Senate, the White House and there’s still no action on Obama era crimes. And no comment from Sen. Heller’s office regarding investigating Obama.

In Operation Fast and Furious, the Obama administration facilitated the sale of thousands of guns to Mexican drug cartels and stopped tracking those weapons once they crossed the border so the administration would later blame the Second Amendment.

Eric Holder obstructed Justice by refusing to hand over documents to Congress related to the investigation into the death of a US Border Agent and gun running to Mexico. Congress in fact voted to hold U.S Attorney General Eric Holder in contempt. Yet no special prosecutor was appointed and Eric Holder still has his law license.

Political Profiling by the IRS

In 2010, after seeing a rise in the number of applications for tax-exempt status from conservative groups, the IRS compiled a “be on the lookout” (“BOLO”) list to identify organizations engaged in political activities. The list included words such as “Tea Party,” “Patriots,” and “Israel”; subjects such as government spending, debt, or taxes; and activities such as criticizing the government, educating about the Constitution, or challenging Obamacare. The targeting continued through May 2013, with no consequences other than Lois Lerner, the chief of the exempt-organizations unit, being held in contempt of Congress—and then being allowed to peacefully retire despite erased computer records and other cover-ups. No special prosecutor still to this day and the IRS Chief who lied to Congress and obstructed justice is still working there.

Wikileaks exposed how deep the DNC corruption went when we learned they actually were in the tank for Hillary and actually did coordinate, with the mainstream press, to deny Bernie Sanders voters their candidate.

Unmasking of General Flynn and leaking it to the press was a crime and again our Republicans don’t see anything to investigate.

In May 2013, Associated Press reported: The Justice Department secretly obtained two months of telephone records of reporters and editors for The Associated Press in what the news cooperative’s top executive called a “massive and unprecedented intrusion” into how news organizations gather the news.

Later on, a bipartisan group of 145 current and former public officials and legal scholars signed a letter stating Walpin’s firing was politically motivated.

Obama committed Fraud to pass Obamacare when he said “If you like your doctor, you can keep your doctor. If you like your health plan, you can keep your health plan. Under my plan the average family will see their health insurance drop by $2,500 per month.” Later on it was discovered in an internal memo Obama knew those statements were false when he made to to the public.

No Bid Contract for $1 Billion dollars to build the Obamacare website which never worked.

Loretta Lynch and Bill Clinton’s meeting on the tarmac in Arizona before she decided not to pursue charges against Hillary Clinton.

Obama and Hillary lied, cover up and obstruct Congressional investigations into the deaths of 4 US security forces in Benghazi. Obama claimed it was a video that was the cause of the attack when he knew it wasn’t from the start. Obama refused to send backup to the Americans under fire.

The Obama administration falsely labeled Fox contributor James Rosen as “an aider and abettor and/or co-conspirator” in a criminal investigation when it applied for a warrant to read his emails.

Intentionally allowed Ebola infected people into the US from Africa.

Intentionally opened ort borders to thousands of South American Children after placing billboards in those countries inviting them to come to the US.

Used the NSA to spy on Americans.

The Obama administration had pressured internet service providers to install surveillance software in 2013 so that it could monitor internet traffic without a warrant, a clear violation of the Fourth Amendment. The ISPs who refused were later threatened by the administration with contempt of court.