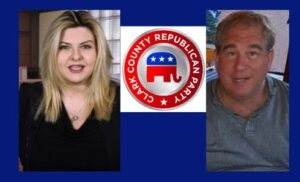 Yesterday, Republican Las Vegas City Councilwoman Michele Fiore stepped down as Mayor Pro Tem after she was knifed in the back by CCRP Chairman David Sajdak over some flipped comment she made at the Clark County Republican Party Convention a week ago. It wasn’t a Democrat who first attacked her. It was village idiot Dave Sajdak, who emailed out a press release condemning Fiore not even knowing what she said.

Sajdak’s actions this last week show why the Republican Party is a disaster in Nevada, full of losers who can’t lead and who undermine solid Republicans like Fiore. Yes Fiore is very plain spoken and always has been. Her Republican base voters love her for her defense of the 2nd Amendment. 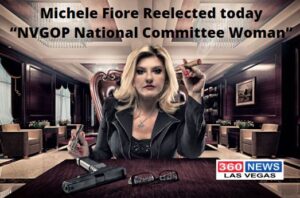 Thankfully the State GOP Party reelected Fiore in a landslide over the weekend as the Nevada GOP National Committee woman.

The Republican Party actually believes in freedom of speech. Democrats are the Antifa snowflakes ready to destroy anyone who says one wrong word. We cannot let the Democrat media govern Republican politics. Chairman Dave Sajdak was the Dem Media’s useful idiot this week.