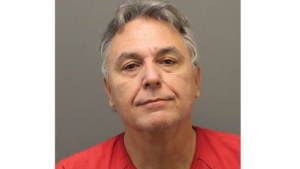 Today, Nevada political operative Tony Dane was arrested after a Virginia grand jury indictment him for reckless driving, driving without a license and insurance, and failure to have a vehicle inspected in connection with the Sept. 8 crash that killed Erin Kaplan, 39, and injured her three children and her mother.

Dane was driving a food truck when the fatal crash happened two months ago in Northern Virginia resulting in Dane being charged with involuntary manslaughter. At about 4:50 p.m. Sept. 8, Dane’s Great American Hamburger food truck ran a stop sign at the intersection of Watson Road and Evergreen Mills Road near Leesburg, authorities said. Dane claims the brakes failed.

Dane is due to appear in Loudoun County Circuit Court on Tuesday morning when a judge will consider whether to grant him bond.

Dane was charged by the Clark County District Attorney with 11 counts of wiretapping and extortion and is awaiting trial.