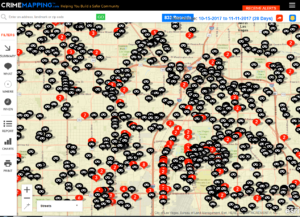 MAP OF BURGLARIES IN THE LAST 30 DAYS

According to sources inside the Las Vegas Metro Police Department, Lombardo’s strategy of breaking up squads and spreading them out across the valley has failed miserably. A prime example of his failed strategy was breaking up the gang unit, which led to an explosion in violence which Lombardo was forced to backtrack and put the gang unit back together earlier this year.

Click here to check out Crime Mapping and your neighborhood:  https://www.crimemapping.com/map/location/Las%20Vegas,%20NV,%20USA?id=dHA9MCNsb2M9MjY4MjQ1NiNsbmc9MzMjcGw9NzUxNjA2I2xicz0xNDoxNTIwMTM0OQ==

These are just the assaults in the last 30 days. 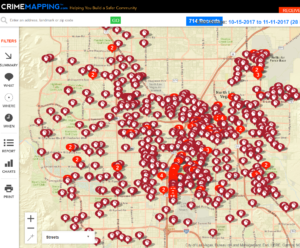