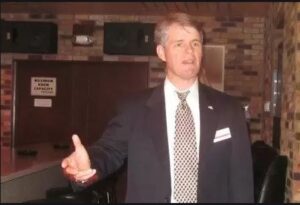 RINO Republican Assemblyman, Chris Edwards, has been one of the top recipients of big PHARMA money in Nevada since taking office over the last 5 years. Edwards has received the largest donations from numerous major drug maker, vaccine makers and drugs retailers. According to Edward’s April 15, 2020 filed C&E took money from one the largest Pharma groups in the world, Pfizer. As Pharma’s number one Assemblyman, Chris Edwards is under attack by parents groups after supporting forced vaccines.

IN fact, in April 2019, Edwards voted for AB123, described by parents groups  as “The bill forces children with exemptions to have their federal educational protections waived, so the health department didn’t have to abide by federal rules under FERPA. If the parents wouldn’t sign the paper waiving their child’s privacy rights, they wouldn’t enroll them in school and wanted to deem the child neglected and put them in a state registry. Clark County came in to tell them they couldn’t deem a child neglected without an investigation.” The bill died in the Senate, but Immunize Nevada, the bill’s author, is planning to push forward again next year.

Edwards is running for re election and local City Councilwoman Annie Black is charging full speed at him.