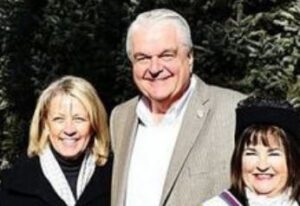 According to lawyers for True The Vote, who filed a lawsuit to block the June Primary Mail-in-Ballot election rule change, Nevada Republican Secretary of State Barbara Cegavske’s order changing the June Primary to an all Mail-in-Ballot election on March 24, 2020, also applies to the November General Election. Cegavske’s order is based on the “Health and Safety of the Public related to COVID19”. Many Doctors expect CV19 to return this fall as most normal flu viruses often do. Cegavske has created a precedent for the mail-in ballot rule change for June’s Primary and her order extents to the general election in November.

According to Cegavske’s staff, the rule change was done at the direction of Governor Sisolak.

With the precedent set by a Republican, The Democrats see the June Primary as a dry run for the November Elections. President Trump has already expressed grave concerns about an all mail-in-ballot elections, especially one where everyone, including inactive voters, are mailed ballots to vote.

The DNC actually sued, in Nevada State Court, to compel that mail-in-ballots be sent to everyone registered, even those who have failed to confirm that they still live in Nevada and/or are still alive. The problem is the DMV, under the new laws recently passed, registers everyone, including illegal aliens and green card holders. The counties do not purge those registrations.

Cegavske said in a statement justifying the election rule change “Because of the many uncertainties surrounding the COVID-19 pandemic, as well as the immediate need to begin preparations for the 2020 primary election, it became necessary for me to take action regarding how the election will be conducted. Based on extensive conversations with Nevada’s 17 county election officials, we have jointly determined that the best option for the primary election is to conduct an all-mail election.”

Before Barbara Cegavske was Nevada Secretary of State she managed a 711 convenience store. Most of her staff are holds overs from Democrat Ross Miller’s time in office.

She signed a deal with the ACLU to allow illegal aliens to use the DMV to register to vote without any restrictions. She only prosecuted the Green Party and kept them off the 2016 ballot which helped Democrats and hurt Republicans. She only prosecuted Republican voter drive efforts and ignored the taco truck voter registration drives by illegal aliens. What’s even more disturbing is that Cegavske issued the mail-in-ballot rule change on March 24, 2020 when Sisolak’s stay-at-home order was supposed to expire on April 1, 2020. The Primary election is on June 12, 2020. On March 24, 2020 there was zero legal justification for the election rule change. Cegavske, who never supported President Trump, has done more damage to the Nevada Republican Party than any Democrat could ever have gotten away with.