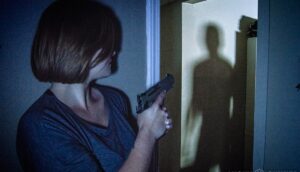 Adults 18 to 20 have all the same rights and liabilities under the Constitution as folks over 21. They can vote, own property, speak their minds, serve in the Armed Forces and they can go to prison if they commit crimes. This week, the 4th Circuit Court of Appeals struck down the federal law that prohibits 18 to 20 yr old adult from purchasing handguns. The 3 judge panel voted 2 to 1 in favor of the principle that everyone over the age of 18, has equal rights under the U.S. Constitution.

“Our nation’s most cherished constitutional rights vest no later than 18,” Judge Julius N. Richardson wrote for the court, with Judge G. Steven Agee concurring. “And the Second Amendment’s right to keep and bear arms is no different.”

The court acknowledged handgun bans for young adults may have been motivated to lower gun violence it still violated their Constitutional rights.

“We appreciate the seriousness of gun violence in this country and applaud Congress’s laudable desire to curb senseless violence,” it said in the ruling. “But we also recognize that the Second Amendment embodies a fundamental, pre-existing right that enables ‘the people’ to preserve their own life, liberty, and property.”

Nineteen-year-old Natalia Marshall, who feared for her life, filed the lawsuit after her violent ex-boyfriend was arrested for drug and gun possession charges but skipped court after being released on bail. She got a protective order from the court but wants a handgun to protect herself. She was denied because of her age.

Tanner Hirschfeld, the other plaintiff who filed a lawsuit, said the ban made him feel like a “second-class citizen”.

Obama appointee, Judge James A. Wynn dissented. Instead of trying to formulate a legal argument defending the prohibition on 18 to 20 yrs right to purchase a hand gun, he attacked the “Gun Lobby”.

“The majority’s decision to grant the gun lobby a victory in a fight it lost on Capitol Hill more than fifty years ago is not compelled by law,” Wynn wrote. “Nor is it consistent with the proper role of the federal judiciary in our democratic system.”

He said he would have upheld the handgun ban because, in part, the Second Amendment is too dangerous without it.

“The Second Amendment is exceptional not because it is uniquely oppressed or imperiled, but rather because it is singularly capable of causing harm,” he wrote. “As other courts have recognized, while there are dangers inherent in other constitutionally protected rights—like the rights to speak and assemble—the Second Amendment alone protects a direct and lethal right to endanger oneself and others.”

Look for the Biden Administration to appeal the Court’s decision.