LAS VEGAS:ALLEGED KILLER WAS OUT ON BAIL WITH 5 FELONY CHARGES PENDING

LAS VEGAS: ALLEGED KILLER WAS OUT ON BAIL WITH 5 FELONY CHARGES PENDING 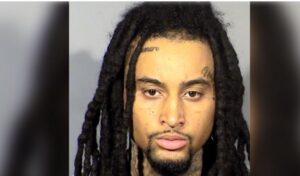 James Hull was out on bail after he was charged with five felonies in last May 2020 and was still awaiting trial, when he allegedly murdered a 20 year old young man named Kesean Dedmon at the Fire Rock Steakhouse restaurant on the Centennial Center Boulevard last night.

Interesting to note, none of the local Las Vegas news outlets mentioned Hull was out on bail for 5 felony charges for over a year.