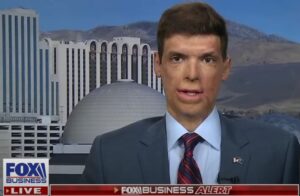 According to inside campaign sources, Republican U.S. Senate candidate for Nevada, Sam Brown, will report a little over $1.1 million in fundraising for this quarter. Sam Brown was severally burned and injured as a U.S. Army Captain in a road side bomb attack in Afghanistan. Twitter put a warning label over his face on the 4th of July when he announced his run for office. 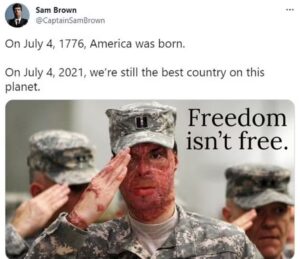 Sam has been traveling up and down the state and on many national TV shows contributing to his rising star. Sam is running in the Repub primary against Adam Laxalt who seems to have all of the D.C. establishment behind him and is expected to raise a boat load. But in a recent poll, Sam Brown is beating Laxalt with primary voters 46% to 28%.

After the disastrous Afghan pull out last month that killed 13 Marines and left behind more than 10K Americans, being an Afghan War veteran seems like Sam Brown is the right man at the right time to push back against Biden and Cortez Masto. While Laxalt refuses to speak out, Sam Brown is calling for Biden’s impeachment, pushing him ahead in the polls.

With that kind of money and lead, Sam Brown maybe on his way to winning the primary election. Laxalt lagging so far behind is an embarrassment for the one time Nevada Attorney General and Repub nominee for Governor. But Laxalt’s loss to Sisolak and his RINO record seems to be plaguing him this time around.