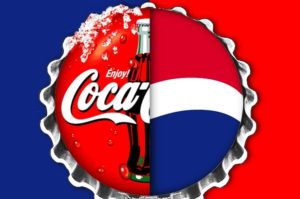 RINO- A DEMOCRAT WHO SELF-IDENTIFIES AS A REPUBLICAN

The Republican Party was founded by Hannibal Hamlin on March 20, 1854. Originally called the Democratic-Republican Party, was founded by Thomas Jefferson, and later changed to the Democratic Party by Andrew Jackson and Martin Van Buren in 1828. The Republican and Democratic parties have been around longer than iconic American heritage brands like Coke, Sears and Well Fargo. Brands have a huge value in economic markets as political parties have a huge value in the market place of ideas and values. Each party claims dominion over about 40% of total voter base. The 20% in the middle are the voters who often determine the outcome of elections. And it’s that 20% of voters who both parties compete for. So one might think middle of the road candidates should do well. But blurring the political lines has failed every time it’s been tried. It turns out the 20% like clear choices as well.

The fact that 80% of voters are loyal to one of the two major political parties has created an extremely stable political environment for our Republic to grow, flourish and encourage economic investment from around the world. This means extremists don’t win elections usually. There’s another huge value to having two strong political parties competing for power constantly. Competing political elites keep the each other honest (theoretically). If one party is involved in a political scandal the other party holds them responsible. Unlike a country like Mexico, who had one political party rule, under The Institutional Revolutionary Party, with uninterrupted power in the country for 71 years from 1929 to 2000. If you think the U.S. has corruption, just imagine one party rule for over 70 plus years.

And that brings us to the modern Republican Party and the internal fighting we have endured here in Nevada and in the U.S. Congress for the past 10 plus years. The Republican Party has been co-opted by Democrats masquerading as Republicans in office. We call them Republicans in name only or RINO’s or Democrats who self-identify as Republicans. They use buzz words like “our party should have a big tent” or “we should be moderate and welcoming of everyone or inclusive”.  And that is where we go full circle back to the branding. I like to compare the Republican Party to Coke and the Democratic Party to Pepsi. Each one has a distinct flavor that every voter/consumer expects when they vote for/purchase. If you buy a can of Coke you expect it to taste like Coke.

RINO’s campaign as Republicans but govern like Democrats. New Coke failed for the same reason RINO’s failed in Nevada in the November election. People value clear choices in the brands they voter for. That’s why RINO’s only get elected by lying and running as conservatives. That’s what happened in 2014 when State Senator Michael Roberson and Gov. Sandoval won re election on a conservative platform against the Gross Receipts Tax. But they flipped and pushed thru a bigger and uglier tax called the Commerce tax five minutes after winning the 2014 election. Republican Majority Leader NV State Senator Roberson and Gov. Sandoval passed legislation supporting driver’s licenses for illegal aliens, refused to fund school choice and ultimately destroyed the Nevada Republican Party. So when Roberson ran for Congress in 2016, he lost big to Danny Tarkanian in the primary. Roberson then went on to sink the Nevada GOP ticket in the 2018 general election.

It’s a very simple concept. If you support higher taxes, driver’s licenses for illegal aliens, gun control and you oppose school choice there’s a political party that’s just right for you called the Democratic Party. The Republican ideas and brand have power. The RINO’s proved me right when I said, back in 2015, if they govern like Democrats they will destroyed the Republican brand and lose the State of Nevada.

But I’m optimistic that if we rebuild the Republican brand and stick to our core values, we can win back the state over the next couple of election cycles. But we must purge the leftover RINO’s out and make sure the voters know they can trust the Republican Brand will be the “Real Thing”. So have a Coke and a smile.