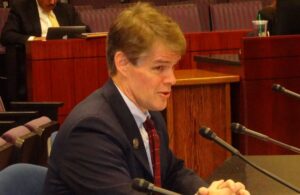 Never Trumper / RINO Republican Assemblyman, Chris Edwards, has been one of the top recipients of big PHARMA money in Nevada since taking office over the last 5 years. Edwards has received the largest donations from numerous major drug maker, vaccine makers and drugs retailers. According to Edward’s April 15, 2020 filed C&E took money from one the largest Pharma groups in the world, Pfizer.

IN fact, in April 2019, Edwards voted for AB123, a bill described by parents groups “The bill forced children with exemptions to have their federal educational protections waived, so the health department didn’t have to abide by federal rules under FERPA. If the parents wouldn’t sign the paper waiving their child’s privacy rights, they wouldn’t enroll them in school and wanted to deem the child neglected and put them in a state registry. Clark County came in to tell them they couldn’t deem a child neglected without an investigation.” The bill died in the Senate, but Immunize Nevada, the bill’s author, is planning to push forward again next year.

“DENNIS THE MENACE” Chris Edwards is facing a real threat in the June Republican Primary from Mesquite City Council Woman Annie Black, which might explain why he’s accepting money from the largest Pharma company in the world right in the middle of the Covid 19 crisis. Edwards has been a reliable vote in big Pharma’s pocket over the years which also explains why they’re rushing to support him right now. 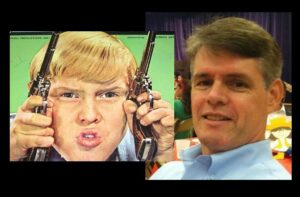