TODAY IN AMERICA FREEDOM OF SPEECH WAS KILLED OFF BY DEMOCRATS

COMMENTARY OF THE WEEK

This week retail giant Target announced they changed their public bathroom policy to allow men who claim to identify as women to use the women’s bathrooms in their stores. So I called several women and children advocacy groups along with several politicians to get their thoughts and opinions about the change in policy so I could write an article about the issue. What I found was fear. What I found was freedom of speech was dead and buried.

The usually very vocal women and children advocacy groups refused to give their opinions regarding transgender bathrooms for fear of retribution from donors and the media. Politicians refused to give any comments for fear of boycotts and protests from gay groups and corporate donors cutting off the flow of cash to their campaigns. Who could blame them after North Carolina?

The media highlighted North Carolina over the past two weeks for trying to pass a simple law that said men must use men’s bathrooms and women must use women’s bathrooms. Well you would have thought they brought back slavery by the intensity of the attacks by musicians, the NFL, corporations like Disney and Wal-Mart threatening to boycott the state. The media made such an example out of them for their positions on the issue of transgender bathrooms that politicians and advocacy groups took note and shut up and shut down.

We see famous people made examples of, like Curt Schilling, losing their jobs, being fired for simply expressing a different opinion from the left on their private facebook accounts and not on the job. ESPN announced Schilling’s termination Wednesday after first saying that it would review his social-media comments. “ESPN is an inclusive company,” the network said in a statement. “Curt Schilling has been advised that his conduct was unacceptable and his employment with ESPN has been terminated.” “Inclusive” is liberal code for conservative speech not welcome. How inclusive is ESPN when they fire someone with a different opinion?

Don’t get me wrong, freedom of speech has been under assault by the left for years. They force protesters to obtain government permission for speech in the form of a license to hold a rally. They have free speech zones set away from politicians. Liberals constantly whine about being offended by conservative speech. The left obsesses about what words we can and cannot say, especially on college campuses. But never before have I seen so many groups and politicians deathly afraid to speak their minds.

People in American wondered for years how Hitler and the communists were so successful at controlling speech in their societies. We could not understand how they could manage the speech of millions of intelligent education people. The media didn’t even have to threaten Americans with labor camps. Americans surrendered their freedom of speech without a shot. The American revolutionary spirit of standing up for what you believe appears to have died without so much as a whimper.

I am writing all of this expecting the speech police of the left to close in on me soon and try to crush my efforts here at shedding light on their successful assault on our freedom of speech by boycotting me or pressuring my sponsors.  But don’t worry, they can have my keyboard when they pry it from my cold dead hands. 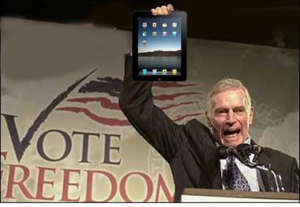