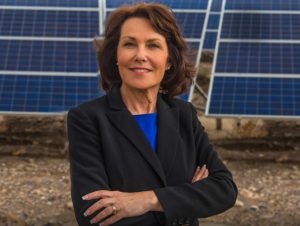 On December 6, 2017 President Trump officially recognized Jerusalem as the Capital of Israel and directed the U.S. Embassy to be moved there. Today that became a reality as the U.S. Embassy officially opened to great fan fair and the expected violence from the Palestinians. But what wasn’t expected was that every Democrat in Congress would boycott the official opening including Nevada’s only Jewish Federal Elected Official Congresswoman Jacky Rosen.

In contrast, Republican Senator Dean Heller was in Jerusalem today at the official opening along with dozens of other Republican lawmakers. As reported Heller said “I’m looking forward to it. Obviously, what we’re doing is moving the Embassy. What we’re basically doing is righting a wrong this weekend and I’m thrilled to be back in Jerusalem to be a part of this move and to be part of this particular ceremony.”

Congresswoman Rosen’s spokeswoman said Rosen was not invited by the White House to attend the events today, but she added that Rosen opposed moving the U.S. Embassy at this time.