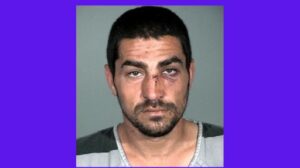 Following Antifa protests across Nevada, a Jewish man was stabbed in the head as he left a Nevada bar by a man who shouted anti-Semitic insults. Ortega appears to be a member of Antifa according to his social media.

The alleged stabber raised his arm in a Nazi salute multiple times and said “Heil Hitler, you piece of shit” before stabbing the man and walking away from the Tap Shack in Carson City on Friday.

Jeremy Jay Ortega was taken into custody shortly after the attack after attacking deputies as well, the Fox affiliate News 4 reported. Ortega reportedly punched a deputy police officer in the face several times.

He was charged with attempted robbery, battery with a deadly weapon, battery on a peace officer and obstruction. Additional charges and enhancements are being considered as well pending the results of the investigation.

The victim was taken to the hospital while “conscious and alert,” the report said.

as reported by Times of Israel