Dawn Principe, own Sage Hill Arms, a gun store in Winnemucca, is leading the effort to recall Humbolt County Sheriff Mike Allen. Principe is the leader of the Recall Committee “Humbolt County 2nd Amendment Grassroots.”  Principe said she already has over 150 people signed up ready to volunteer to gather the required 505 signatures within 90 days from the day the county clerk approves the petition.

Principe said “We are recalling Sheriff Allen due to his refusal to uphold and defend our Constitutional rights.”

She also cited a town hall and County Commission meetings where Sheriff Allen said he plans to enforce the Red Flag laws and seize guns out of their homes when they weren’t home if necessary.

Sheriff’ Allen’s testimony before the Humbolt County Commissioners triggered the group to act and start the recall. 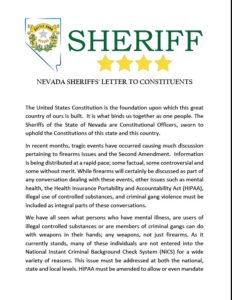 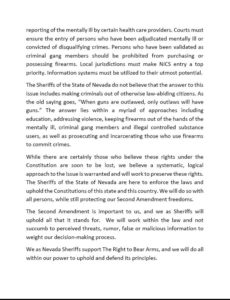 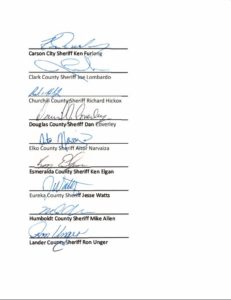