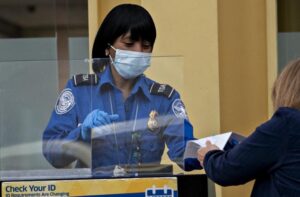 As vaccines approach fruition, many industries are starting to decide how they will deal with vaccines and whether they will compel vac compliance. Many folks are still afraid to travel to Las Vegas because of CV19, continuing to drive down their gaming and room revenue and with it State taxes. Casinos and Airlines continue to lay off employees trying to stem the bleed. The Culinary Union has publicly complained  about the health risks their employees face daily.

Putting aside the actual health issues, may industries like hotels and airlines may believe marketing that they are 100% vac complaint may increase confidence in their company and earn them more business. 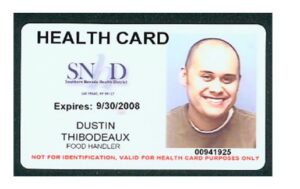 According to sources in the Nevada Health Dept., they’re planning to issue vac compliance Health cards. Nevadans will have a choice between a physical or a digital card similar to the TAM and health cards the county already issues.

So don’t be surprised a year from now, if you’re not allowed on a plane or in a restaurant or in a hotel without your vac Health card. And that’s assuming that you will have the choice to opt out. Many Democrats already openly support forced vaccine policies.  T Supreme Court has already ruled a hundred years ago that the government can force you to take a vaccine.

Not surprising, the issue of whether the government can and should require vaccines has become a big campaign issue for many folks, with Nevada Democrat Assembly and Senate candidates like Senate Majority Leader Democrat Nicole Cannizzaro, Leslie Chen and Dallas Harris all supporting government imposed mandates with jail time. Dems use terms like Anti-Vac and “follow the science”.

Republicans like April Becker, Joshua Dowden and Dr. Steven DeLisle all support letting folks choose what’s best for them and their families without government forced compliance.

If you think this is just election time hype then check out what Dems did in the 2019 session. In 2019, Assemblywoman Lesley Cohen and other Democrats supported AD123 described by parents groups as “The bill forces children with exemptions to have their federal educational protections waived, so the health department didn’t have to abide by federal rules under FERPA. If the parents wouldn’t sign the paper waiving their child’s privacy rights, they wouldn’t enroll them in school and wanted to deem the child neglected and put them in a state registry. Clark County came in to tell them they couldn’t deem a child neglected without an investigation.

The district court appropriately looked to Jacobson for guidance, and so do we.
The question the Court faced there concerned vaccination re‐
quirements that the City of Cambridge had put in place in re‐
sponse to a smallpox epidemic. The law made an exception
for children who had a physician’s certificate stating that they
were “unfit subjects for vaccination,” id. at 12, but it was oth‐
erwise comprehensive. Faced with a lawsuit by a man who
did not wish to be vaccinated, and who contended that the
City’s requirement violated his Fourteenth Amendment right
to liberty, the Court ruled for the City. In so doing, it held that
it was appropriate to defer to the City’s assessment of the value

of vaccinations—an assessment, it noted, that was
shared “by the mass of the people, as well as by most mem‐
bers of the medical profession … and in most civilized na‐
tions.” Id. at 34. It thus held that “[t]he safety and the health
of the people of Massachusetts are, in the first instance, for
that commonwealth to guard and protect,” and that it “[did]
not perceive that this legislation has invaded any right se‐
cured by the Federal Constitution.” Id. at 38.