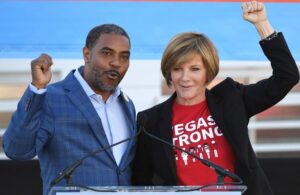 Less than a month ago, according to FEC records, both Nevada Democrat Members of Congress, Susie Lee and Steven Horsford, took $5K each from Socialist/ Jew Hater AOC. Now, as Israel fights for its survival against Iranian backed militia in Gaza, they’re silence on the conflict is deafening.

As of today, neither Democrat has mentioned a single word on their official websites or twitter and Facebook pages about the war in Israel. But AOC was outraged by Pres. Biden stating that Israel has the right to defend itself. See tweet below 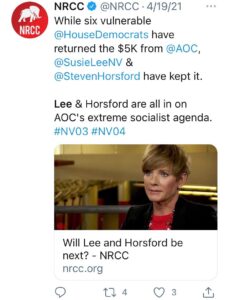 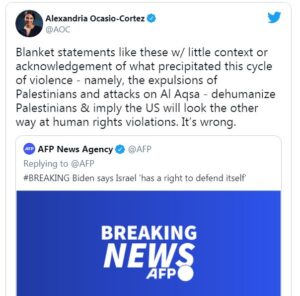 BLM, whom both Dems openly support, just called for the destruction of Israel and full throated support for the Iranian backed Gaza terrorists launching missiles at civilians.