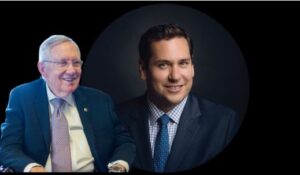 The Reid machine just announced their new candidate for Nevada Secretary of State, former Reid Staffer, Cisco Aguilar. Aguilar is a local lawyer representing the local NBC affiliate and the NV University’s Chancellor. Aguilar is politically connected and endorsed by all the right folks, like former SOS Ross Miller and of course Harry Reid.

Aguilar made no such offer to work closely with Republicans in the future.