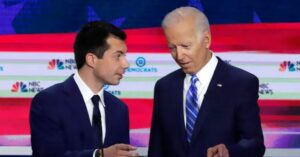 Bernie’s victory in the Nevada Caucus was so huge that election fraud couldn’t stop him. But Dem election fraud is impacting the results for the 2nd place winner. Mayor Pete and Biden are in a death match for 2nd place. Mayor Pete is accusing the Nevada Dems of massive irregularities and is demanding total transparency.

360 News Las Vegas has been reporting all week about the election problems in the Democrat Party Caucus Process and the potential for a huge mess, including some 1400 votes that were voided. Now we’re seeing a huge mess impacting the 2nd place winners, and as of now the NV Dems still have no 2nd place winner. Mayor Pete wrote a letter to the NV Dem party demanding a recount and accusing the party of incompetence. 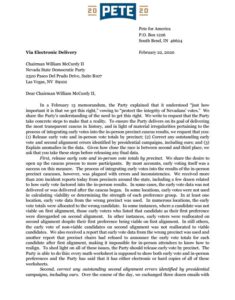 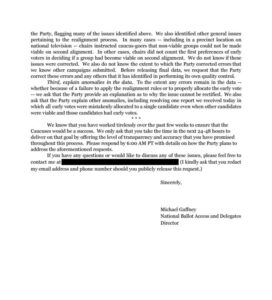