NEW NAME FOR DEMS: THE CHINESE DEMOCRAT PARTY OF AMERICA

NEW NAME FOR DEMS: THE CHINESE DEMOCRAT PARTY OF AMERICA 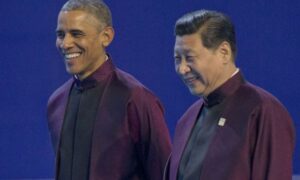 Ever since Bill Clinton sold out the U.S. by giving China critical missile technology in the 1990’s the Democrat Party has continued to become increasingly alien with Communist China Party interests. China spends millions with Democrat Lobbyists in Washington D.C. every year. Money that ends up in Democrat Coffers. And let’s not forget Joe Biden’s son getting $1 Billion for his hedge fund while in office.

Democrat polices have allowed and promoted the transfer of our manufacturing base to China. Chinese Companies have actually purchased factories and literally moved all the equipment to China. Dems have given China huge breaks over tariffs and even tried to block Trump’s efforts to raise tariffs to punish China bad behavior.

Democrats, under Obama allowed the Chinese to build military islands in the South China Sea and killer Satellites. Pres. Trump’s decision to the new Space Force is in direct response to China building Killer Satellites in space. The Chinese have armed satellites to shot and destroy US GPS and communications Satellites.

Democrats have allowed China to gain access to our Universities and high tech research. China has stolen most of our military research through a compromised Pentagon.

And today, the Democrats openly defend the Chinese against Trump’s attacks related to their release of the Wuhan CV19 virus. BTW The liberal Democrat Party media has been a huge supporter of the Democrat Party’s alignment with the Chinese Communists, labeling Trump’s remarks racist when describing the China Virus.

Democrats have done everything possible to tear down our Country from the inside, especially this last year.

Not every Democrat is a Chinese Asset. Most, average Democrat voters have just been fooled by the mainstream media lies and smiling nice Democrat politicians. They want the same thing we all want; good jobs, good healthcare, safe streets and equal justice under law for all citizens. There are many Democrats starting to open their eyes little by little.