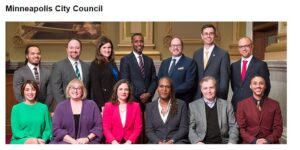 Hillary Clinton’s Campaign spokesman, Brian Fallon, called for disbanding the police this week as many Democrats across the country also are now demanding. While some far left Dems are calling for huge budget cuts in Police departments, many are starting to call for totally disbanding police departments all together.

I think we’ve had a vision for a while of wanting to see another kind of city response to those [911] calls,” says Council Member Steve Fletcher, whose Ward 3 covers parts of downtown. Calls about mental health crises could be answered by mental health professionals. Calls about opioid abuse could be answered by addiction experts. Instead, both get cops, usually armed. But it’s one thing to think that’s a good idea and another to get it done. The city has “struggled” to put any of these reforms in place in a substantial way, Fletcher says.