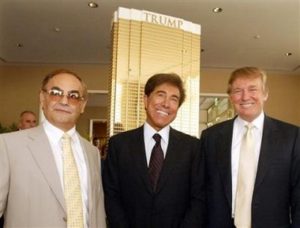 Ruffin said “Donald’s word is his bond. If he tells you something, you can put it in the bank. His handshake is better than any written contract”

Mr Ruffin went on to tell the American people about the many projects Donald Trump has built including the very successful Trump International Hotel Las Vegas.

Mr Ruffin said with great confidence ““A tsunami is coming. His name is Donald Trump.”

To watch the Mr. Ruffin’s complete speech click on link below.